Mr. Melih Han Bilgin, the President and CEO of Turkish Petroleum Corporation since September 2017, served various roles at the defense and aerospace industry as an expert, senior executive and entrepreneur. He led and involved in many projects with strategic importance. Before his career education on aircraft engines and gas turbines from GE Aviation, Mr. Bilgin received his M.Sc. degree from Hacettepe University, Applied Economics Department and B.Sc. degree from Istanbul Technical University, Aeronautical Engineering Department. He is married with two children (İdil & Ethem Han). 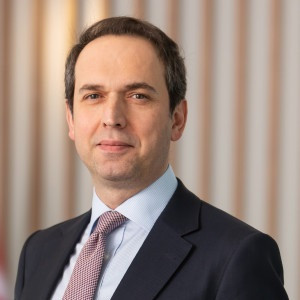 Alparslan Bayraktar serves as the Deputy Minister of Energy and Natural Resources. Prior to assuming this post, he was the Deputy Undersecretary of MENR following his service as the General Director of International Affairs and European Union. Between 2010-2016, Mr. Bayraktar served as a Commissioner of Energy Market Regulatory Authority of Turkey. Before his public service, he worked for the private sector in Turkey and abroad. Mr. Bayraktar also holds positions in various international organizations involved in issues relating to energy governance. He served as the Chairman of International Confederation of Energy Regulators (ICER) and Energy Regulators Regional Association (ERRA). Currently, he is the Chairman of World Energy Council Turkey. Mr. Bayraktar holds B.S. in Mechanical Engineering from Istanbul Technical University, LL.M. in Law and Economics from Bilkent University and M.A. in International Relations from Fletcher School of Law & Diplomacy at Tufts University. He received his Ph.D. in Energy, Environmental Economics & Policy from Middle East Technical University.

Since November 2019, Mr. Edip Müyesseroğlu is a Member of the Board and the General Manager of TPIC. During 2018-2019, he served as a Member of the Board and the Deputy General Manager at Turkish Petroleum Corporation. He worked at the private sector during 2018-2005 and at TPAO regional premises during 1986-2005. Mr. Müyesseroğlu received his B.Sc. degree from Middle East Technical University, the Department of Petroleum and Natural Gas Engineering. Board Member and Vice President Appointed as a Member of the Board to Turkish Petroleum Corporation in 2020, Abdullah Bayazıt is currently the General Manager of Public Finance at the Ministry of Treasury and Finance. Before his ongoing Ph.D. Studies at Yıldırım Beyazit University, Mr. Bayazıt completed his M.Sc. degree in International Economics and Finance from Brandeis University (USA) and his B.Sc. degree in Economics from Hacettepe University.